SGR to Remain Under Chinese Hands as Kenya’s Debt Worsens

The Standard Gauge Railway is set to remain under the control of a Chinese firm called Afristar which is majorly owned by China Road and Bridge Corporation (CRBC).

This was triggered by Kenya’s failure to settle a debt owed to Afristar which amounts to Ksh38 billion for services provided.

According to Kenya Railways Corporation(KRC) chairman Omudho Awita, Kenya started negotiations to take over some of the operations conducted by Afristar in 2019 under conditions that it would settle outstanding debts owed to Afristar, a condition not yet met.

Afristar manages the landing and offloading of cargo, the ticketing system, and the collection of fares including non-cash payments as per the 2017 agreement.

The National Assembly’s Finance committee, in a report table in 2020, called for the operating cost to be slashed by 50 percent to expedite the handover of SGR services to Kenya Railways.

From March this year, Kenya started a gradual takeover of some duties from the Chinese firm in a plan to fully take over the operations from May 2022.

These duties include; ticketing, security and fuelling of the SGR and cargo trains.

The Ksh38 billion owed adds insult to injury as it increases the Ksh420 billion debt that Kenya borrowed to facilitate the building of the modern rail from Mombasa to Nairobi and for the purchase of engines and coaches.

The line was then linked to another from Nairobi to Naivasha that cost Ksh 162.9 Billion, a loan which was also sourced from China.

Ahead of May 2022, Kenya will need to settle the unpaid debts amounting to billions or restructure the payments plan to take a longer time.

This comes as a blow to Kenya as the Covid 19 crisis hit Kenya’s revenue and limited the country’s access to commercial loan markets.

On the brighter side, according to the International Monetary Fund (IMF) the economy has been picking up and it showed a 0.1 percent rise in 2020. 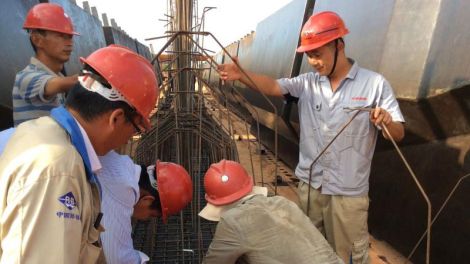 The IMF further forecasted a sharp growth of 7.6 percent in 2021 and a further improvement of 5.6 percent in 2022 but on the contrary, the institution noted that Kenya continues to face challenges returning to durable growth.

Who is your Favourite presidential candidate? Vote Here, Lets See Who Wins