The MP stated that the next deputy president must be from Mt Kenya and reiterated that the region would not negotiate on that.

He also issued demands to politicians who are vying for the presidential position stating that the region would expect to have 40 per cent of all senior jobs including in parastatals.

According to Kuria, Mt Kenya will also be expecting to get 40 per cent of all positions in the cabinet and these conditions, the MP stated were none negotiable.

“The position of the DP is non-negotiable for the Mt Kenya region commensurate with our votes. We also demand 40% of all government appointments,” the Gatundu South MP stated.

On Saturday, September 4, DP Ruto, in a meeting with his allies from Mt Kenya, asked for more time to consult and narrow down on possible candidates from the region for discussion.

The six-million Mount Kenya votes were President Uhuru Kenyatta and Ruto’s political bedrock in the 2013 and 2017 elections which propelled them to power.

Kuria has been vocal in bringing the Mt Kenya region together and dismissed calls by the DP to join one party ahead of the next general election.

Meanwhile, former Kiambu governor William Kabogo announced that he would be vying for the presidency under his ‘Tujibebe Wakenya’ Party.

Kabogo stated that the Mt Kenya region would be speaking in one voice ahead of the 2022 General Election. 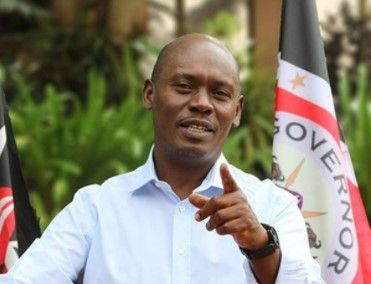