In a direct message she wrote to Mpashogram, the curvaceous socialite told us that she didn’t know what the rapper was going on about, writing, “This is a lie. Where is all this coming from? This is someone I have never met.” 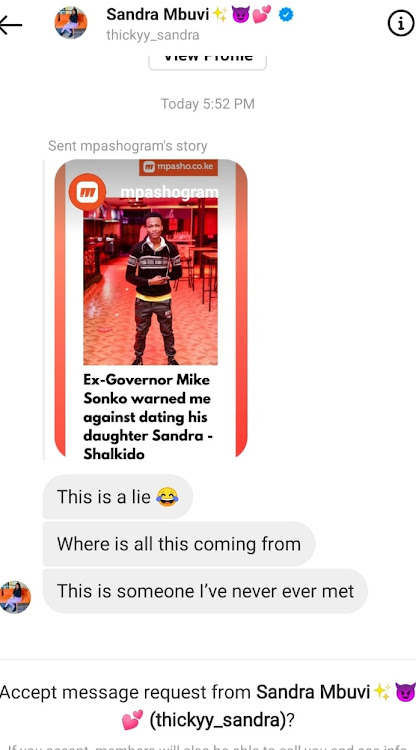 Shalkido had claimed in an interview with Ala C that he used to date Sandra. He added that it was her father, former Nairobi governor Mike Sonko, who put a stop to their relationship,

‘I used to like Sandra a lot but her father was not in for it. He called me one day and told me he would shoot me on the a$$ for wanting to date his daughter. I recently met him in Kitengela during a DJ Nice show and we cleared the air on that issue.”

He finished by saying;

“We had started dating but it’s like her dad used to track her phone. He was like ‘huyu kijana wa wamlambez hatakuja kulamba kwangu’ so when he got wind of the affair I decided to move on.”