During an interview with a local radio station on Wednesday, September 15, Malala argued that the same will happen to Raila if Ruto ascends to power after the August 9, 2022 General Election.

Justifying his claims, the outspoken Senator made it clear that the two leaders have deep-rooted enmity and bitterness that if either of them gets the top seat, they will seek to punish the other.

Malala went further to allege that both Raila and Ruto have created conditions of two extremes pitting against one another in the political atmosphere in the country. 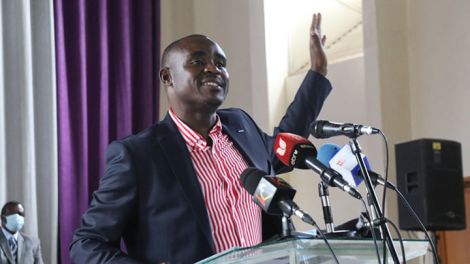 Malala added that if Raila clinches the top seat, half of the country will gladly welcome that win while the other half will frown over it. As a result, he argued, the country will remain divided.

The same outcome would be expected if Ruto becomes the next president.

According to the first-time Senator, for the country to avoid the looming division that will be brought about by Raila and Ruto, then a neutral leader must be given a chance.

In his appeal to ODM leader and Ruto, he urged them to compromise their candidacy for the sake of the country, arguing that the nation needs healing from all manners of political intolerance.

“We need a leader who will not hold any grudge against another leader. Let me assure you if Raila becomes the next President he will imprison Ruto, if Ruto becomes the next president he do the same to Raila. These guys have deep-rooted anger,” Malala remarked.

The Kakamega Senator insisted that the anger and bitterness that exists between the two is beyond just politics, therefore, risks hurting the entire nation.

Ruto has already declared his presidential bid while Raila has not come out publicly to announce it, despite making numerous hints.

The two are seen as the front runners in the President Uhuru Kenyatta succession matrix.

However, Malala maintained that Amani National Congress (ANC) leader, Musalia Mudavadi, is the only neutral leader that can restore sanity in the country.

On the same note, Malala dispelled claims that he is a mole in ANC working for the Deputy President.

“I do not work for Deputy President William Ruto, I am a number one soldier for Musalia Mudavadi,” Malala stated. 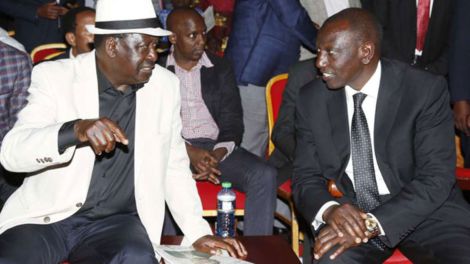