The star has slammed news that the production is looking for more actors.

Taking to her Instagram, the eldest of the Ferguson daughters Lesedi posted a video pertaining the fake post claiming that the last time they put out a brief looking for actors was in January.

Although the brief was letterheaded but Lesedi made it know that it is fake.

Connie on the other hand took to her Insta-stories to refute the fake news and reposted her daughter’s video.
She confirmed is indeed fake.

“If you see this circulating. please note it’s fake” she said. 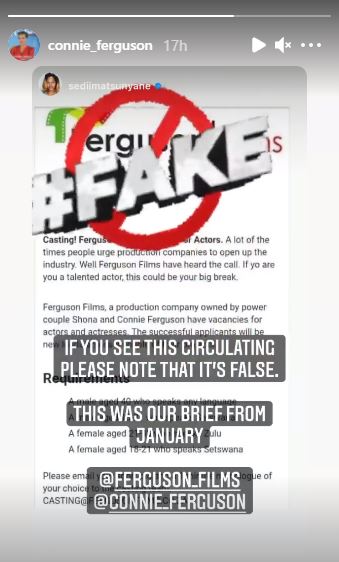